Every item is also assigned a price range letter code. This range is our conservative opinion of the item's estimated value.
Item Description
Kenner's "Star Wars Micro Collection" was a short-lived toy series issued in the early 1980s. While each production Micro figure was just over an inch in height, during pre-production, the Micro figures were sculpted in either wax or acetate at four times their production size, in order to allow their sculptors to achieve a greater degree of detail. Offered here is the unpainted 4-Up Hardcopy Boba Fett figure from the "Bespin Freeze Chamber" playset. This is actual example shown in the Limited Edition slipcase edition of "Tomart's Price Guide To Worldwide Star Wars Collectibles." (see Tom Tumbusch's statement on this piece below). Prototype stands 5.5" tall and depicts the popular Star Wars bounty hunter holding his blaster rifle. Acetate figure is lt. blue in color w/some aging to front half and some small scattered spots of discoloration to top of helmet, shoulder and hand. VF overall. Comes w/matching production Boba Fett Micro figure. NM. Very rare pre-production prototype.


Star Wars prototype collectors somehow got the idea that all prototypes for the Star Wars Micro-Collection were made of Dynacast, a dark green material. In 1978, Kenner hired a new head sculptor named Rudy Vap, who didn’t like Dynacast. In an interview with Action Figure Digest magazine Vap stated, “we needed something cleaner and easier to work with. Dynacast was a porous material. It was not good for pressure casting.” So Vap began experimenting with different materials colored with blue dye. The material used on the very first Micro- Collection pieces were Dynacast. The oversize figure prototypes for the unproduced Bespin Torture Chamber, Death Star, and Boiler Room were produced with experimental materials. I have owned them and have photos of them. I have never seen them in Dynacast. The Micro- Collection sets produced under Vap’s direction have figure prototypes in Dynacast and experimental materials.

This is the information I received from Kenner’s man in charge when these prototypes were produced and have signed a certificate of authenticity on this piece.

Based on the above statement, all sales on this item are final. 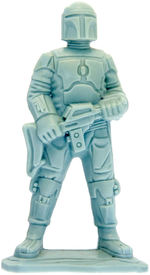 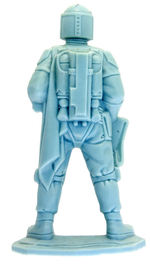 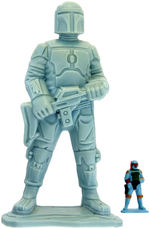 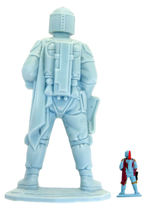 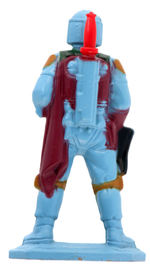 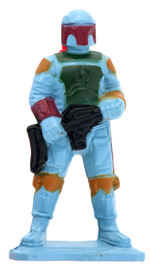