Every item is also assigned a price range letter code. This range is our conservative opinion of the item's estimated value.
Item Description
All items are from the Warren Publishing Co. archives. All involve the Paradise Lost project by noted artist Terrance Lindall. Lindall produced art for Warren Publishing as well as Heavy Metal Magazine, Epic Comics imprint of Marvel and Rod Serling’s Twilight Zone Magazine. All items in this lot involve his efforts to publish the book Paradise Lost Illustrated which eventually saw print in 1983. Paradise Lost is an epic poem in blank verse by the 17th century English poet John Milton. It was originally published in 1667. The poem concerns the Christian Story Of The Fall Of Man: The Temptation Of Adam And Eve By The Fallen Angel Satan And Their Expulsion From The Garden Of Eden. First item is 8.5x11” typed letter from Lindall to James Warren expressing his interest in having Warren publish the book. Letter is dated Oct. 31, 1981. Text includes “You Once Mentioned That You Would Give Consideration To Doing The Book When I Finished Work On The Paintings. Please Take A Look At The Sample Slides And See If You Might Be Interested In Helping With This Aspect Of The Project.” Other text notes “Also Enclosed Is A Large Transparency Which I Thought You Might Like To Consider For A Cover For Your Magazine.” Signed “Terry.” All items mentioned in this letter are included and these are – 25 different full color slides of Lindall’s art, each with page number notation on cardboard mount. The large transparency is 4x5”. Also included is extensive information from Lindall talking about the Paradise Lost project with a page-by-page breakdown, photocopy of article on him from the New York Times and full color promotional folder featuring Lindall’s artwork and biography. All comes with original hand-addressed envelope from Lindall to Warren. Slides are Exc. Lt. handling wear and aging to other items but Fine to VF.

After we went online, we received this email (included for provenance and additional insight) -

The auction of Warren Publishing archives containing some of my correspondence reminded me of that period of my life that I devoted exclusively to art & illustrating. It all began with Warren.  The Warren magazines were premier in the black & white horror magazine boom for the 1960s-1970s. They were the first "adult comics." And they were the best.

When I met James Warren I was trying to get him to advertise my Stone Eater poster. Instead of accepting an ad, he bought it for cover rights. He paid top dollar.  He never did use it on any cover, but I did get several commissions for his line of horror comics. That launched my career because all the editors and publishers in New York City at various magazines and publishing houses seemed to know each other and the rumor spread that there was hot new talent.  Warren was known for a fiery temper, but he was always very polite with me. Being called into his office was always an honor, although usually I dealt with Chris Adames, Kim McQuaite and Louise Jones his editors.

In his early years Warren was accepted into Armored Infantry Officers Training. He was deafened six months later in a night training operation when he got too close to a heavy machine gun. He was medically discharged a few months later.

In the 1950s, Warren launched his own men's magazine, After Hours, which lasted four issues and led to his arrest on charges of obscenity and pornography for featuring bare bosoms on the inside and Bettie Page on the cover. The Philadelphia Enquirer headline read "Pornographer Arrested", with a photo of him in handcuffs. The Attorney General in charge used the case to get reelected. Later, Warren founded Famous Monsters of Filmland magazine with After Hours contributing writer Forrest J Ackerman, an avid collector of movie memorabilia including stills and horror-movie props.

In the mid-1960s, inspired by the EC horror comic books of the 1950s, Warren launched the black-and-white horror-comics magazines Creepy, Eerie, and Vampirella for which I did covers along with such famous names as Richard Corben and Frank Frazetta. From there I went on to do work for the famous Archie Goodwin of Marvel comics and covers for Simon & Schuster, Zebra Books and Rod Serling’s Twilight Zone magazine. Archie Goodwin, the hands down greatest writer for comics of the 20th century, and Ted White the famous science fiction author both wrote stories especially for me to illustrate.

During that time, from 1979-1981, I was working on my Paradise Lost illustrations. I had thought that they might be suitable for Heavy Metal Magazine. Julie Simmons, their editor in chief, did publish some it, but did not continue the series.

Also around that time I was getting fed up with New York and needed a break. I returned to Minnesota and stayed at my sister’s house for a year or so. I completed the handmade frames for Paradise Lost and developed a traveling show and lecture series for cities in Minnesota with a promoter and fundraiser named Gary Kelsey. At that time I contacted James Warren about publishing the book. This is the material that is up for auction. Professor Horace Jeffery Hodges in Korea has nicely reorganized the auction material that Hake's Americana is putting up for auction here: http://gypsyscholarship.blogspot.com/2010/09/terrance-lindall-blast-from-past.html

Warren continued to publish a variety of magazines until the 1980s, when he left the field due to health problems. He was always trying to get Hollywood to do a Vampirella movie, but never succeeded. By the early 1980's  I had left the profession of illustrating to open up my own museum in an old 19th Century Quaker meeting house in upstate New York. I was also dealing in art & antiques, building a fine collection that is now owned by the Yuko Nii Foundation. Some of the collection can be seen here: http://www.youtube.com/profile?user=wahcenter#p/u/17/RyaeIYafhv4

I remember reading in the NY Times one day that Warren had been arrested for shooting off fireworks at his birthday party in Long Island. He is said to have kept a Sopwith Camel airplane on his front lawn out there. I was also told that he had been a colonel in the Israeli air force, but I find no evidence of that on-line. He was a real character, outstanding in all ways! Thanks James! 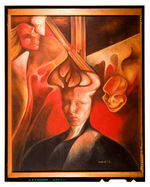 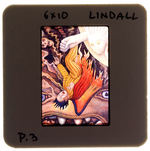 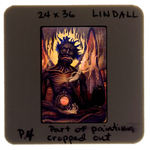 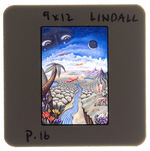 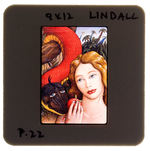 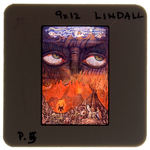 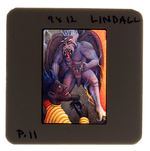 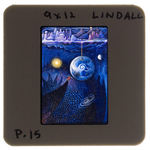 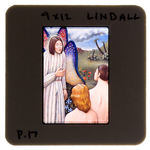 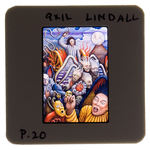 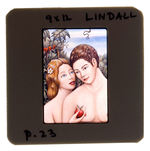